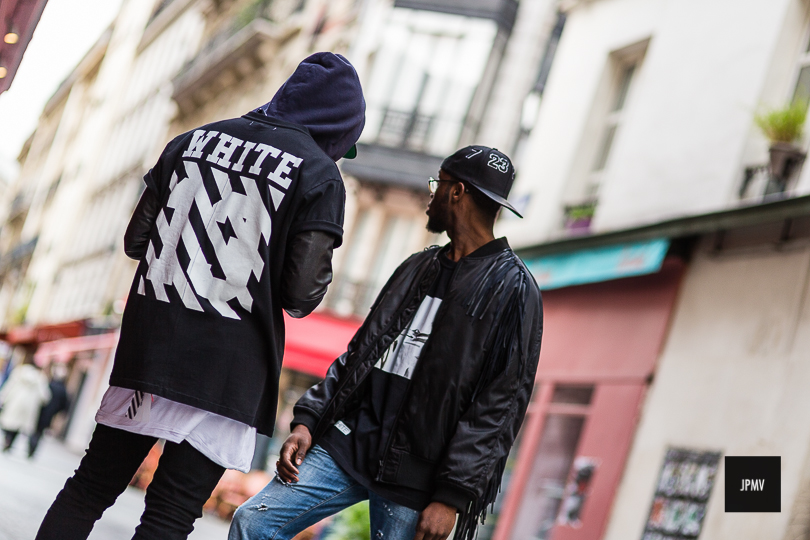 I’m always looking for brands which I’ve not yet started to wear before and one such brand is Off White. From reading about the designer Virgil Abloh it seems he has worked with Kanye West in pop up shows and while on his tours which prompted him to setup designer label Off White. Taken from Style.com he says:

“Streetwear has a one-trick-ponyness to it,” Abloh says. “I want to give my point of view and merge street sensibilities in a proper fashion context. I think that if I can merge the two, it’ll make something interesting.”

His first collection features a series of very standout designs such as the WHITE 13 logo – often in very bold white or black print on top of a standout material; there are basic colours such as white, black, light blue and Yellow but he also covers some nice texture such as denim and a camouflage print jacket. On the front they feature either the bold stripes or religious style prints which definitely have a very Gothic feel to them.

You can see a good selection of the styles from freshnessmag.com below:

I’ve bought one of their oversized black t-shirts which I’ll review later this month but I absolutely love the style of this designer and look forward to seeing more of his collections next season!